← back to
Bin Khalid Sonic Pollution + Obsydian Media
Get fresh music recommendations delivered to your inbox every Friday.

Volume 1: A Sound from the Mountain Side B 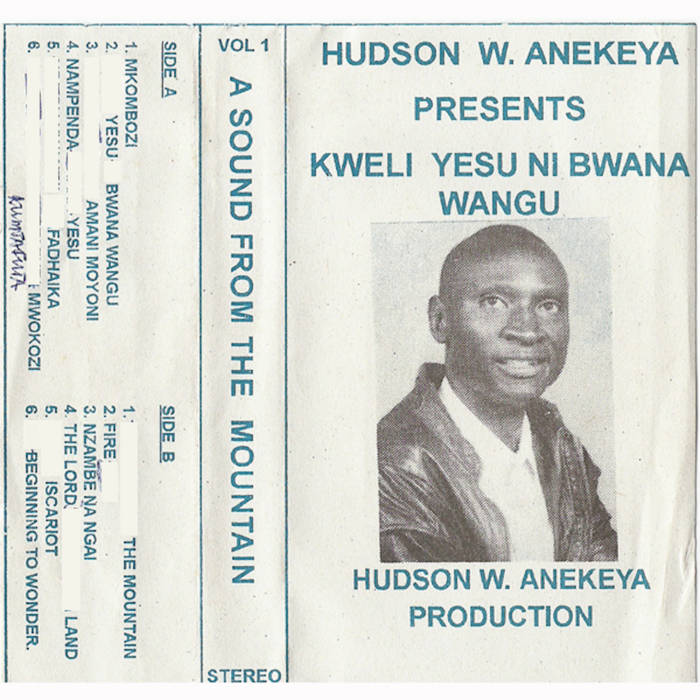 In the 90's Anekeya Were was working as a security guard at Kenya Breweries. He learnt guitar as a side venture - Franco TPOK tunes by ear on a self-made guitar. He jammed and composed songs with other musicians from Church and the National Theatre on off-days - rehearsing wherever they could find the space to play and sing loud. Dedication would sometimes take him out in the wilderness where the music could be free to emerge into many forms.
Unfortunately Anekeya Were lost his employment and was evicted from his house. Taking up residence with a friend he decided that it was time to pursue his calling as a musician and also acknowledge the spiritual aspect of this calling.
When the opportunity arose to record at River Road, drawing on his inspiration from the bush & ghetto, Anekeya was able to quickly lay-down all the melodic parts for this spectacular debut album. Papa Lefty accompanied Anekeya as a guest vocalist on many of the tracks and the studio engineer programmed all the rest.
The album was first released on tape in 1997 as "Hudson Anekeya Were presents: Kweli Yesu Ni Bwana Wangu, Volume 1, A Sound From the Mountain." and was never released on another format until 2011when it was digitaized and released by Bin Khalid Sonic Pollution as "Sound from the Mountain".
This is Anekeya's and Wera Wera Soundsystem's debut release.

Bandcamp Daily  your guide to the world of Bandcamp